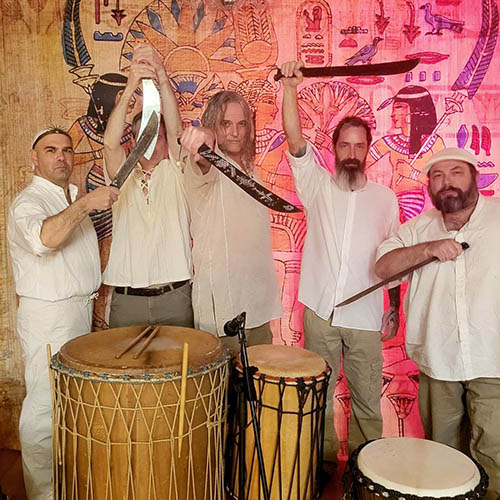 The Dragon Ritual Drummers are the #1 globally ranked pagan drum troupe on the planet! The award-winning, internationally acclaimed tribal drum unit hailing from the Niagara Region of Canada, has headlined top-tier spiritual and mainstream festivals across the North American Continent. Known for their exotic array of original music inspired from around the world and through the ages, their interactive performances are creative, intense, and powerful. The Dragon Ritual Drummers play a full concert on the opening night Riverboat Ritual for Hex Fest, honoring serpentine powers, voodoo spirits, and the gods and goddesses of witchcraft. Their shows have to be experienced live to be fully understood. Voted the best band by the American Conjure Community Awards in 2012, the Dragon Ritual Drummers have been featured in countless international media from Magazines to Television, and currently sit at #1 in Canada for their genre of World Music on ReverbNation.