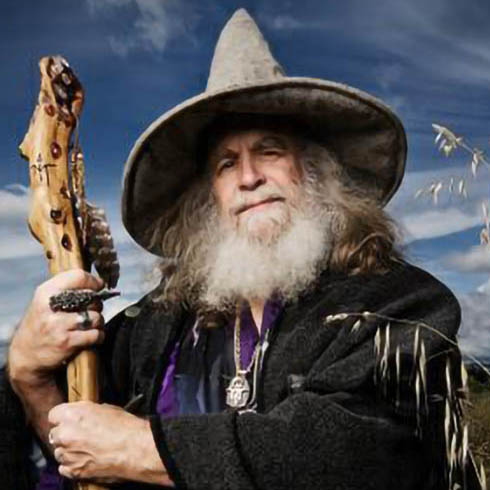 Sharing Water: The Church of All Worlds and the Origins of the Pagan Movement
Saturday, Aug 7, 9:00am
St Ann Cottage 2 [map]

Oberon Zell is a renowned Elder in the global magickal community. In 1967 he was first to claim the identity of “Pagan,” incorporating the first Pagan Church of All Worlds. Publishing Green Egg magazine, he was instrumental in the coalescence of the modern Pagan movement. In 1970, he published the earliest version of “The Gaea Thesis.” In the 1980s, Oberon and his wife Morning Glory resurrected authentic living Unicorns. Oberon creates altar figurines and jewelry, and is the author of Grimoire for the Apprentice Wizard and other books. He is also Founder and Headmaster of the Grey School of Wizardry. Now settled in Redmond, WA, for the previous 2 years Oberon was on Walkabout, traveling throughout the Western Hemisphere talking about Wizardry, Quantum Magick, the Awakening, the coming 2020s, and half a century of modern Paganism.

Oberon Zell has a table in our Vending Area!