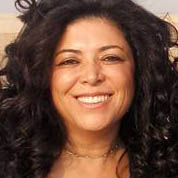 Join native Egyptologist Hala Aly in this course about Healing Magic in Ancient Egypt. Medicine in the ancient world was known to be done in temples by priests who would treat medical illnesses with ointments, medicines, and also with magic! The priests of Sekhmet in the Temples of Egypt were doctors, using healing aspects like medicine and herbalism and combining all of this with magic. They were physicians and magicians alike. Learn about the Egyptian medical papyri found in museums around the world that would contain the recipe for medicine on one side and the magical spells on the other, showing how the physical and magical worlds were employed in unison to heal the sick. The priests of Sekhmet were often loaned to other countries to help heal the sick there as well. The modern healing connection between body and mind so often pursued today is rooted in the synchronization of healing and magic found in ancient Egyptian culture. In this course, you will also learn about current healing practices such as chakra healing, cupping therapy, and the flowing energy of the body.